The Brandywine Swim
Are you a master of the rivers? Competitors will begin the "Ardaman" by a long distance swim from the most sothern point of the Brandywine Bridge, north into Evendim, passed the Kings Crossing, into the lake of Evendim, and north to its source AND back again.

1. You may use buffs, items, and personal skills to enhance your speed, as this is a test of the best of the best.
2. You may swim in any part of the river, except along shore where you will end up bottoming out and causing you to run.
3. You may how ever encounter a submerged rock or sandbar in the water which may cause you to run momentarily. These areas must be in the middle 1/2 of river and NOT along the show.
4. All racers depart at the same time.
5.First racer to cross get to the source, and return to the startinline will set the time record.

The Eriador Run
Your legs long enough to run great distances? Your hobbit legs strong and quick? Let this be your test! Racers will run from the steps of Thorin's Hall, through Ered Luin, The Shire, Bree-land, Lone Lands, Trollshaws, Eregion, and to Galtrev in Dunland

1. Can travel through any terrain in the specific route zones.
2. May use speed skills, potions, scrolls, and items for speed, but can not use transport, swift, summons or any other travel skills.
3. First to finish will set the time record.

The Rhoviarion/Gondor Ride
Horse afoot upon mighty swift mounts? Think your steed has what it takes? Is your horsemanship the greatest in Middle-earth? Let this be the test! Riders will race from south entrance of Galtrev (Dunland)  Fords of Isen (Gape of Rohan/Westfold zone), Westfold, Kingstead, East Fold, The Beacon Hills, Talath Anor, Pelenor, Minas Tirith Gate (Finish)

1. Riders can use Mounts and War Steeds. As this is a test of your endurance, and the ability to complete the ride.
2. Can travel through any terrain in the specific route zones.
3. Must not use any teleport, guide, milestone or any other travel skill. Your location WILL be known.
4. First to finish will set the time record.

Anyone who completes the entire route, start to finish with out travel skills will be granted the bragging right as "Ardaman" and  featured on the Wall of Fame.

Anyone that completes all 3 of the events will be granted the bragging right as "Great Ardaman" and featured in the Hall of Fame.

As chickens run from Sandson's Farm to the Great East Road, follow the road, swim under the bridge, swim the creek to the Rushok Bog, survive through it, circle around the Stone Trolls, then Run back to Sandson's Farm 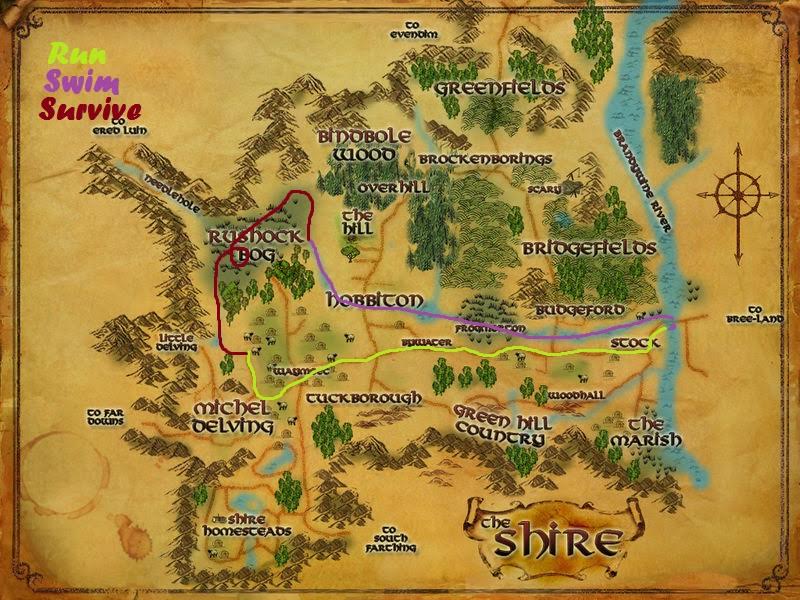